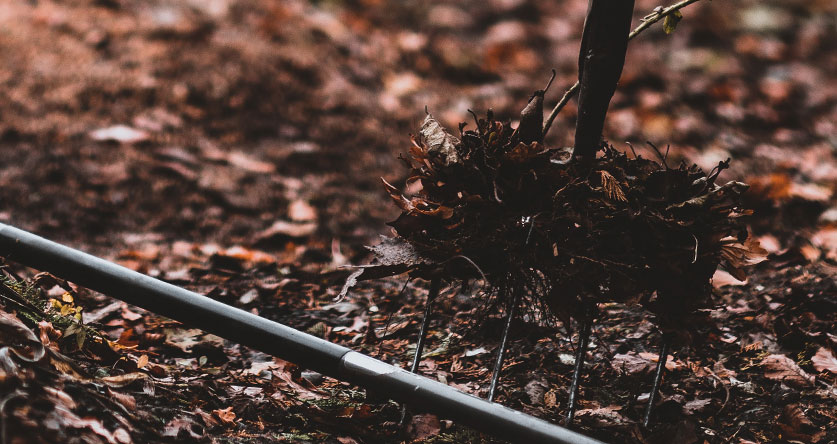 It’s essential for any gardener…

But have you ever wondered whether last season’s mulch might be past its prime and need replenishment?

So what are your options with old layers of mulch in your garden? Can you compost it, or should you dispose of it another way?

Or should you just leave it in place?

So many questions 🙂 Here are some answers…

Can I Put Old Mulch In My Compost Bin?

Old mulch can be put in your compost bin if made from organic material. However, the type of material used in the mulch will determine how long it will take to completely break down in the compost. For example, Woodier materials take longer to decompose than softer materials, such as straw.

Old mulch will have done its job in protecting your plants and will have begun to compact down at the end of the growing season or at the end of winter (making it less efficient).

What to do with the depleted layer of mulch will depend on what it consists of and whether it is actually suitable for composting!

A mulch layer’s purpose is to protect the soil’s upper layer and the base of the plants. The organic material used should begin to break down, particularly the part in contact with the earth.

Suppose a significant part of the mulch has started decaying. In that case, the layer will no longer perform correctly and should be replaced.

So what to do with that Old Mulch?

Old organic mulch still has beneficial uses in the garden and should not be discarded. Instead, composting is a good option. It will undoubtedly compost down over time and release helpful nutrients into the compost.

Inorganic mulch cannot compost and should be removed from the bed and replaced with a new layer. Some mulches are made from shredded plastic, which, of course, will not decompose into compost.

Personally, I prefer and recommend using organic mulch to keep your plants growing as naturally as possible. It provides top-down nutrients as it breaks down. And you get the benefit of being able to reuse your old mulch as compost material 🙂

Does Mulch Turn To Compost On Its Own?

You might wonder if mulch will naturally turn into “compost” if left alone.

Given enough time, any natural material will decompose.

But most mulching materials take a long time to compost on their own. Wood chippings, bark, and straw are all examples of “brown” (carbon-rich) compost materials. These harder substances will break down extremely slowly. However, when mixed with other types of organic nitrogen-rich waste (like grass clippings and vegetable peelings), mulch will decompose more quickly and produce finished compost faster.

How To Turn Mulch Into Compost

The easiest way to reuse your old much is to add it to your composting process and use it as one of the brown ingredients.

How Long Will It Take To Compost Mulch?

The time it takes for the mulch to compost entirely will depend on the main constituent of the original mulch.

Mulch made from woody materials such as crushed pine cones or bark will take longer to compost than sugarcane, dried leaves, or straw.

Woody mulch can take up to 6 months to fully compost down, whereas straw, grass clippings, fallen leaves, and sugarcane mulch can decompose in as little as 4 to 6 weeks in a compost bin.

How To Speed Up The Decomposition Of Mulch?

Dried-out mulch decomposes at a much slower rate than damp mulch.

Regularly wetting the mulch layer will help it break down faster.

Suppose you have placed your old mulch in your compost. In that case, you can boost the speed of decomposition by adding green nitrogen-rich material to the mixture. Also, additional watering to keep the mulch moist in a compost heap will significantly speed up the composting process.

What can you do with mulch that has become rotten or moldy, or if you don’t have a composting system in your garden?

What Do You Do With Rotten Mulch?

Rotten mulch isn’t a problem since this is what’s supposed to happen! One of the purposes of mulch is to decompose (rot) over time and release nutrients into the soil.

If the mulch has begun breaking down, this is completely normal. Rotting mulch can be safely added to your compost.

Mold or fungi on the mulch is not a severe problem. Moldy mulch can also be added to your compost. The fungi will contribute to the breakdown of the entire compost bin.

Can Mulch Be Mixed Into Soil?

If it’s organic, you can dig the depleted mulch into the upper layer of the soil, where it will continue to decompose, acting as compost for the soil and plants. (note that this process is longer than a classic compost heap because it is anaerobic).

My recommendation is to use organic mulch wherever possible! This allows you to repurpose it for feeding your plants in the garden. 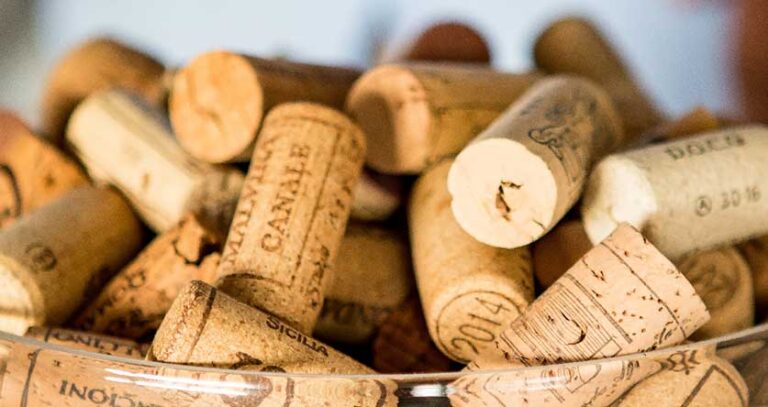 I have to admit… I’m a bit of a wine fan!  This means I tend to accumulate a fair amount of wine corks.  And because I’m an avid composter, I often look at things around me differently. For example, I’m forever asking myself, “can I compost that?” So, of course, that question naturally applies to… 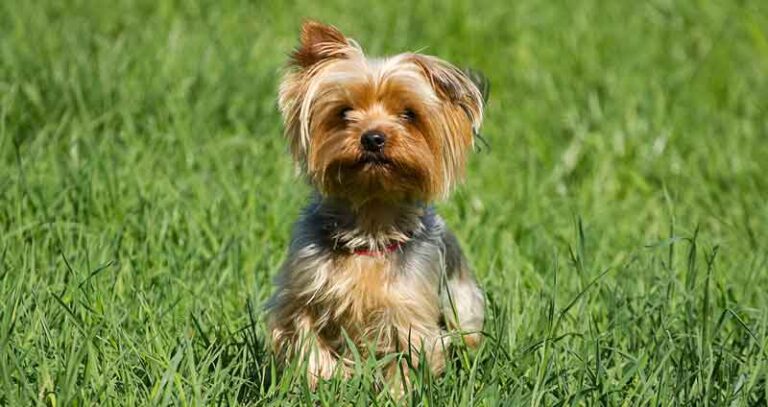 A dog can be a faithful companion, and most of us love our pets dearly.  But let’s face it… They are also poop machines!  Picking up after them can be a tiresome chore. And I am sure many gardening dog owners have looked at a steaming pile on their freshly mowed lawn and wondered if… 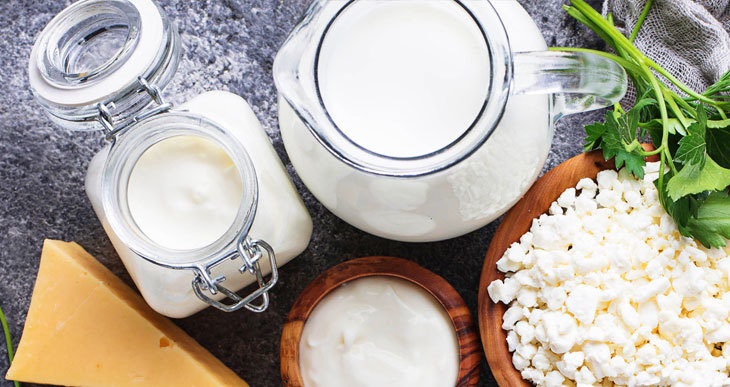 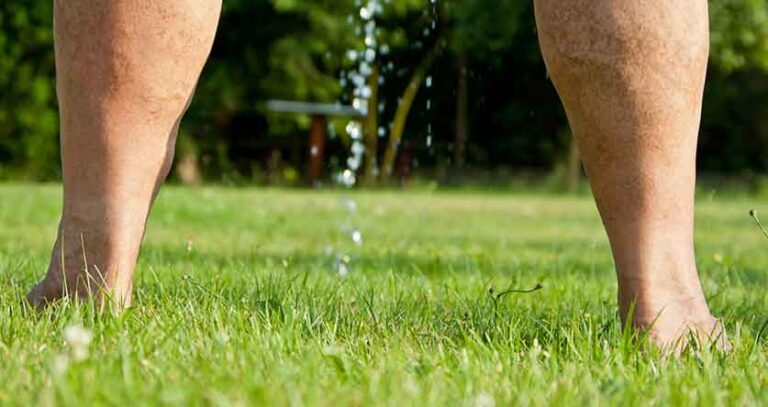 You may have heard that urine is good for your plants. And as a compost enthusiast, this may have given you a bright idea! Can you recycle urine and add benefits to your composting process? If so, how should you do it, and are there any dangers when adding urine to compost?  Below I’ll give… 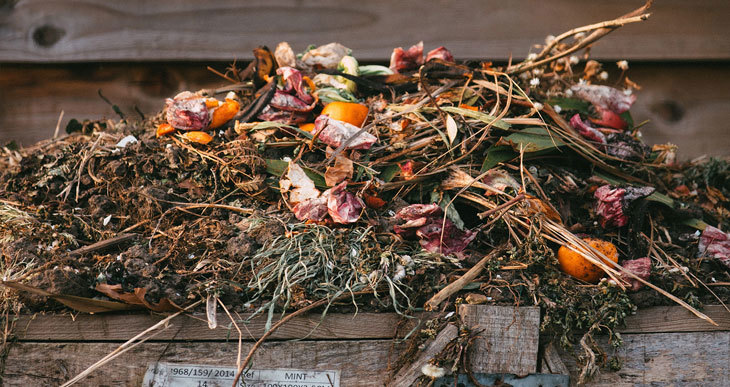 If it’s organic, it will eventually rot! When I first started composting, I was endlessly questioning whether something could be thrown in the compost bin. The list seems endless 🙂 If you’ve been scratching your head about what you can compost. In that case, this extensive list of composting ingredients will point you in the… 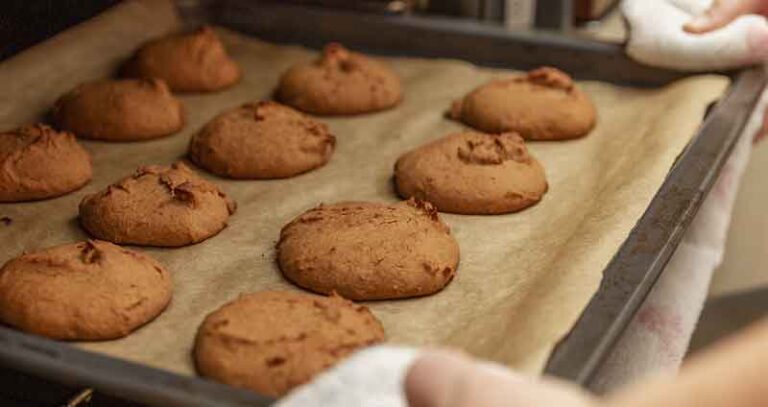 People who compost look at household waste differently from other people!  Composters are constantly wondering if a waste product can be composted or if it should be discarded in the trash.  Parchment paper is a kitchen waste product that falls into this category.  After all, it comes from trees like other types of paper… Right?…