​They looked kind of icky!

I don’t mind bugs in general, but these things were pretty gross.

If you’re like me, you probably don’t mind most bugs – unless they’re really ugly. And boy, these white grubs in my compost pile were pretty awful!

They were all curled up in a C-shape but thankfully weren’t wriggling around! When I found them, I was digging deep into my heap, harvesting the compost to use in my raised garden beds.

But what exactly are these bugs? And are they harmful to my compost or garden? Let’s take a closer look.

Grubs are the larvae of various types of beetles. Most grubs have a cylindrical shape. White grubs, in particular, tend to be pale white or cream-colored with a brown head. While most grubs are harmless, there are a few species that can damage your plants.

In a pile of composting materials, the presence of invertebrates and macroorganisms like worms or grubs is normal. Some of these critters feed off the composting microbes and decomposing organic waste.

These organisms arrive at the beginning when compost materials are fresh. Still, they will quickly leave when the composting microbes get to work, and the heap starts to warm up.

They take up residence again in the final stages of decomposition as the compost cools down and begins to mature (the curing phase).

Whatever composting method you choose, whether it’s an open pile, a bin, or even a tumbler, at some stage, you could find grubs in your compost.

Are grubs in compost good or bad?

While it may be icky to think about, finding a few grubs in your compost is actually a good sign that your compost is healthy and working correctly! Grubs are just one type of decomposer that helps break down organic matter into nutrient-rich compost for your plants.

This is true for most macroorganisms while they inhabit the compost. However, when it comes to using your finished compost, you might not want these little guys anywhere near your plants.

Some grubs will harm plants, especially if populations get out of hand. For example, the root-feeding grubs of certain beetles (like the Japanese beetle) can seriously damage your plants.

You’re probably wondering, “what type of grubs are in my compost?”

There are hundreds of different species of grubs, which can make things tricky to identify what type are in your compost.

When disturbed, grubs curl up into a C-shape. They usually have a brown head, three pairs of legs, and a plump white body.

The size of beetle larvae varies from about 1/4 of an inch to over two inches long, depending on the species.

The size of the grubs is one of the first clues to identifying the species of beetle.

Small white grubs that are up to about an inch long could be Japanese beetle larvae. They are one of the most common grub pests, and if they move from your compost and get under the soil, they can cause extensive damage.

When they become adults, Japanese beetles are harmful to many kinds of plants. They eat the foliage of more than 300 different types of plants, including ornamental and edible crops.

In their larval stage, they feed on plant roots, which can damage or kill the plant.

For example, if you notice patches of yellow-brown turf in the spring and fall, this could be due to Japanese beetle larvae.

These grubs do not harm the composting process, but you may want to take steps to remove them before using compost in your backyard.

What are the big white grubs in my compost?

Considering their size (about 2 inches / 5 cm), the grubs in my compost were most likely the larvae of European Chafer beetles. These grubs are often found in compost heaps because they love rich in rotting vegetable waste. If they get into the soil, they can be considered a pest in North America as they feast on the roots of plants.

They can remain in the soil for years until they mature into adult beetles. The grubs are most active in the fall and spring, but you may find them in your compost at any time of year.

While most grubs are beneficial to the composting process, some can become harmful pests if their populations get out of hand. Unfortunately, Chafer beetles are in this category, and you’ll probably want to keep them away from your plants.

Fortunately, there are some easy ways to get rid of grubs in compost before using it in your garden.

These brown grubs are probably the larvae of the black soldier fly.

In fact, one of the most common types of grub found in compost is the black soldier fly larvae (BSFL).

Yes… They gave it an acronym because it’s that common.

These grubs are brown with a black head and can grow up to an inch long. They’re often found in compost because they love to eat rotting organic matter.

While they’re not harmful to plants, some people find them a little creepy because of their appearance.

However, if you don’t mind their presence, soldier fly grubs are, in fact, fantastic composters! They help speed up the decomposition process and can eat up to 200mg of organic kitchen scraps per day.

So even though they’re a bit icky, you may want to consider keeping them around.

What to do if you find grubs in your compost

If you come across grubs in your compost, don’t worry – they’re actually beneficial for the compost! They help aerate and loosen compacted areas of compost materials, and their casts (poop) are high in nitrogen.

So while they may not be the most pleasant creatures to encounter, they can actually be helpful for the decomposition process.

However, if you see a large population of larvae in your compost, it’s good to take steps when you harvest the compost to remove them.

How to get rid of grubs in compost?

If you’re not sure whether the grubs in your compost are harmless, the best way to deal with them is to extract them. There are various methods for doing this, but one of the simplest is to sift the compost through a screen.

Don’t worry too much if you only have a few grubs in your finished compost. You can either pick them out or sift the compost before using it in your garden. However, if you have a lot of grubs, you may want to take steps to remove them.

You can use a standard garden sieve like this. But for a more effective method that makes the job easier, use a compost sifter like this​ (Amazon links)​. Special compost sifters are designed to fit on a wheelbarrow and let you sift a larger amount of compost more quickly.  Just pour or shovel the compost through the screen and into another container. The grubs will stay in the filter while the finished compost falls through.

Here are a few ways to get rid of grubs in compost:

Try one of these methods to clear grubs from your compost pile. If you have a lot of larvae, you may want to try a combination of these methods. For example, leave the compost spread out for a while, then sift it before use!

Some studies show beneficial nematodes are incredibly effective at reducing grub populations! Nematodes work by parasitizing the grubs and killing them. You can find nematodes online or at your local garden center. They aggressively attach insects like grubs. And don’t worry, they won’t affect earthworms.

So have you ever found grubs in your compost?

Grubs in compost are actually beneficial for the compost! They help aerate and loosen compacted parts of compost materials and break down organic matter as they feed.

There’s no need to panic if you find grubs in your compost. But if you want to get rid of them, there are a few easy solutions. 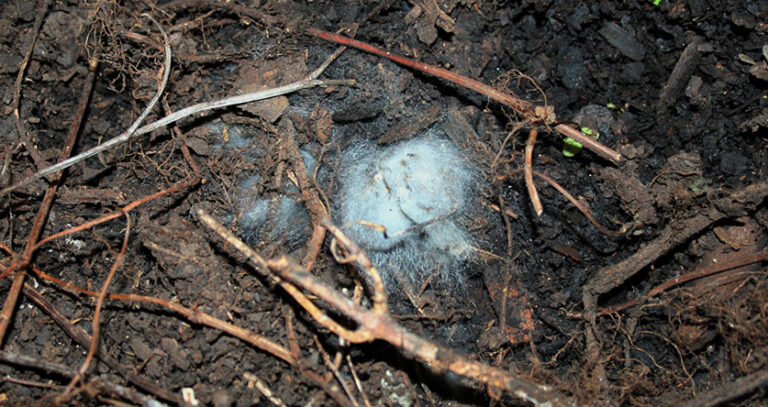 It can be a bit of a shock! Finding mold growing in your compost pile isn’t the most pleasant surprise. If you’ve discovered something moldy in your compost, you’re probably wondering whether this is good or bad? And if your compost has mold, can you still use it? Should you try to prevent it? And… 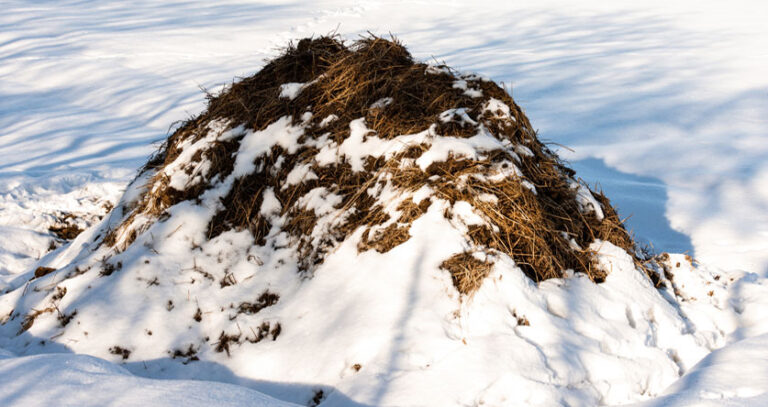 Winter is when most things in the garden slow down, including the compost heap. As temperatures drop and days get shorter, the microbes that work to break down organic matter in compost are far less active than they are during summer.  Does this mean you can forget about your compost heap during winter and return… 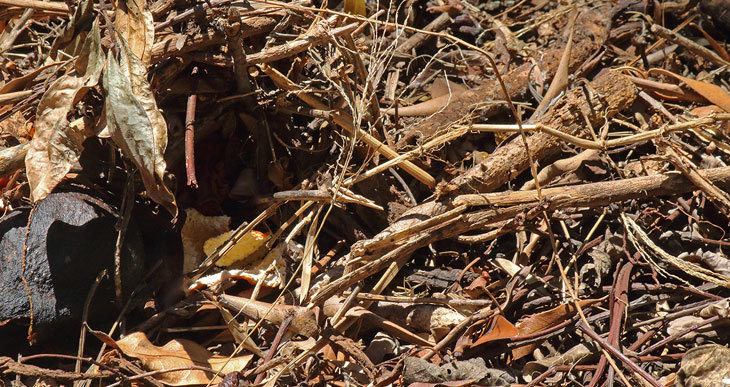 Compost can become dry at times. And as you probably know, this can slow down the process of decomposition, drastically! Below I’m going to talk about how to judge the moisture content of your compost bin, and how to remedy dry compost problems. So is your compost too dry? If you see very little or… 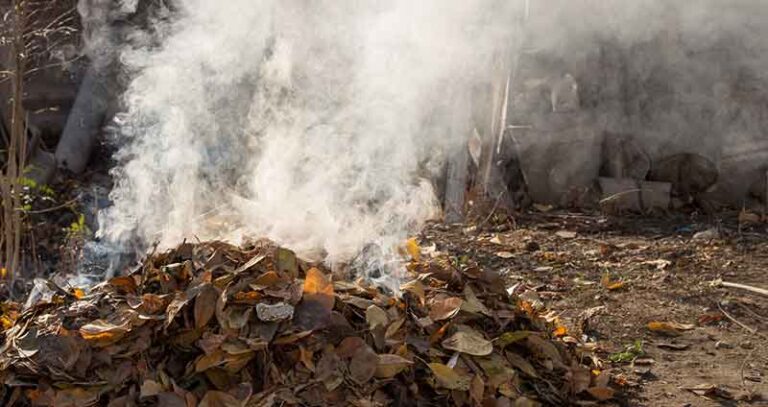 It’s getting hot! You didn’t expect your compost pile to reach such high temperatures. So much so that you’re beginning to get worried that it might combust into flames! People new to composting may have concerns about fire risks.  So should you really be concerned? There are several types of composting, but only one method…

Compost shouldn’t stink.  If yours smells bad, then something’s gone wrong.  You can think of the smell as a warning sign – your compost’s calling for help!  On the upside, for every stench, there’s a solution 🙂  But you must figure out what triggered the odor before you can fix it.  Below I’ll share the…

Imagine having rodents scurrying around your feet every time you deposit kitchen scraps! And hearing the pitter-patter of tiny feet around your compost? It should be said that rat infestations in compost are pretty rare, so don’t let this put you off composting. But compost can indeed attract rats and other furry mammals from time…