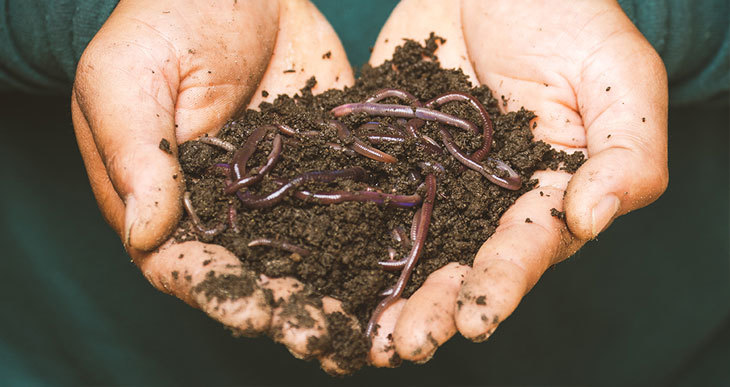 Composting is an activity every serious gardener will engage in at some point!

And most gardeners are aware that earthworms are great for the soil on many levels, but how beneficial are they for creating compost?

Should earthworms be included in your composting strategy to enrich the compost and break it down faster?

Keep reading for the low-down on whether earthworms will benefit your compost or not!

Can I Use Earthworms For Composting?

Worms can be used for composting, but not all earthworms make good composting worms. You need a specific type of composting worms that are less affected by high temperatures in the compost and like to eat decomposing organic materials.

When you start making your own compost at home, one of the greatest challenges is the time it takes to create rich, nutritious compost. Compost material left in an unmanaged pile can take up to 12 months to create a compost suitable to provide food for your garden.

Managed compost methods can reduce this timeframe significantly and produce usable compost in 4 to 8 weeks, especially if we harness the benefits that worms can offer to the process.

What most gardeners don’t know, particularly when creating their own compost for the first time, is that not all earthworms make good composting worms.

Understanding the key differences between “common earthworms” and “composting worms” is essential.

Earthworms differ from compost worms because they thrive in different conditions. An earthworm prefers to consume soil, burrow deep into the ground, and is a solitary creature. Compost worms prefer to eat rotting organic matter and live nearer the surface in groups. Regular earthworms are also bigger than compost worms.

Technically speaking, all worms are referred to as “earthworms,” but there are significant differences between species.

In a compost pile that is open to the ground, you may find a variety of earthworm types. They will all add something beneficial to the composting process in their own way.

But you can’t just collect any type of worm and hope it will benefit your compost. You need to use the correct species of worm that actually enjoys living in a composting environment.

Adding the correct type of earthworm will help maximize output and produce good compost in a relatively short time. While adding the wrong type may add minimal benefit to the process.

Are Compost Worms The Same As Earthworms?

Compost worms are not the same thing as regular earthworms. Earthworms are usually referred to by the generic term “earthworms” or “common earthworms.” Composting worms are a different species and are typically given names like “redworms” or “red wigglers.”

Redworms are from the earthworm family, but their habits and living environment differ from common earthworms. They have characteristics that offer more benefits to your compost than earthworms.

Red wiggler worm’s natural environment is the layer of decomposing material that sits on top of the ground. This is because most of their food supply is located in this zone (they are a type of worm known as “litter dwellers”). These composting worms feed on decaying organic materials. Still, they will also eat fresh or “wet” organic matter, such as kitchen scraps.

Redworms can exist in a wide variety of temperatures. As a result, they can withstand the hotter conditions found inside a decomposing compost pile.

Common earthworms prefer to live deeper in the soil. Their food will comprise of older, “dry” decomposing organic matter and bacteria in the soil itself (these types of worms are known as “topsoil or subsoil dwellers”). Earthworms will ingest soil particles to help grind up the relatively dry organic matter they consume.

Because earthworms thrive in the deeper subsoil layers where temperatures are cooler, they do not easily support the higher temperatures inside a compost heap.

Another advantage of earthworms is that they burrow in the soil, which helps aerate the soil and bring oxygen to plant roots.

While earthworms help with decomposition, their contribution is not as significant for composting purposes as redworms.

Here’s a summary of the principal differences which set compost worms apart from common earthworms:

What Type Of Worms To Use For Composting?

In contrast to common earthworms, compost redworms live above the ground in the decomposing vegetation sitting on the surface and in the loose topsoil. This makes them the ideal type to aid the composting process.

Composting worms are prolific feeders and will process a greater volume of organic material than common earthworms. Earthworms do not show much interest in eating fresh or “wet” organic matter, such as overripe fruit that falls off trees or kitchen waste. But composting worms thrive on this diet.

Red wigglers are the best compost worms to decompose plant matter fast and in high volumes. They can process half their body weight in kitchen scraps per day. In addition, their castings are highly nutrient-rich and contain beneficial micronutrients for plants.

If provided with the right environment and plenty of food, these worms will multiply rapidly. They will consume any decaying organic material such as leaves and organic kitchen waste such as vegetable peelings and overripe fruit.

Suppose your compost pile is open to the ground. In that case, you may find earthworms in the compost from time to time as they come to the surface now and again for a compost snack before retreating back below the soil surface.

Some gardeners include animal manure in compost. In that case, redworms (also known as manure worms) are good to have in your compost pile since they specialize in breaking down manure.

Can Earthworms And Red Wigglers Live Together?

Since earthworms and red wigglers are both earthworm species, can the two types of worms live together in the same compost?

Earthworms and redworms can live together in the same compost. Still, they have evolved to prefer different environments and occupy different layers of the soil structure.

Earthworms do not breed as prolifically as red wigglers. They prefer not to live in a high concentration of earthworm populations. Conversely, red wigglers are happy to reproduce and live in large numbers in a small area. Earthworms and compost worms will not interbreed with each other.

Is It Good Practice To Add Worms To Compost?

You can add worms to your compost, or you can wait for the worms to come by themselves. However, adding your own redworms to the compost is good to boost the numbers immediately and speed up the decomposition rate at the beginning of the composting cycle.

Waiting for the worms to arrive naturally may take a long time to happen, especially if you have poor soil in your location. I have an in-depth article on Adding Worms To Compost which will give you a rundown of how to add worms and attract worms to your compost.

Can You Add Too Many Worms In Your Compost?

Generally, no specific number is considered an optimal number of worms per square inch in your compost, so don’t worry about adding too many.

One of the concerns that new compost makers ask is what will happen if they add too many worms to their compost.

The worm population will find a natural balance according to the available food in the compost. But, of course, it is a waste of money to add too many worms since the excess worms will usually die off if there is insufficient food to feed all the worms.

It is best to start with fewer red wigglers since these worms breed readily and will soon bring the population of worms to the optimal number for the compost pile. 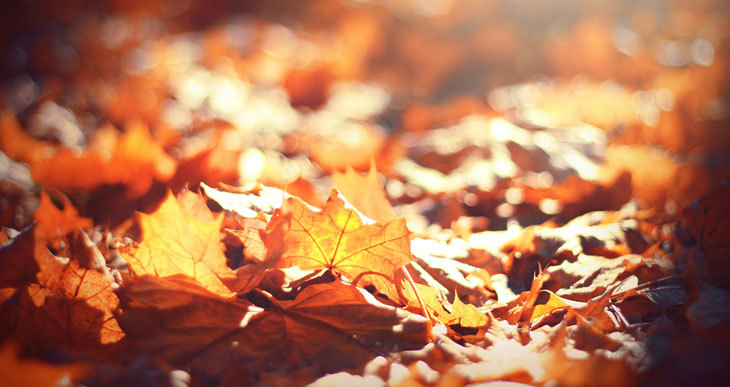 Autumn is one of the best times of the year for composting. But the things you need to do in the fall are slightly different from summer! This article will tell you the best composting practices to apply during this season. The guidelines below will put you on the right path if you want to… 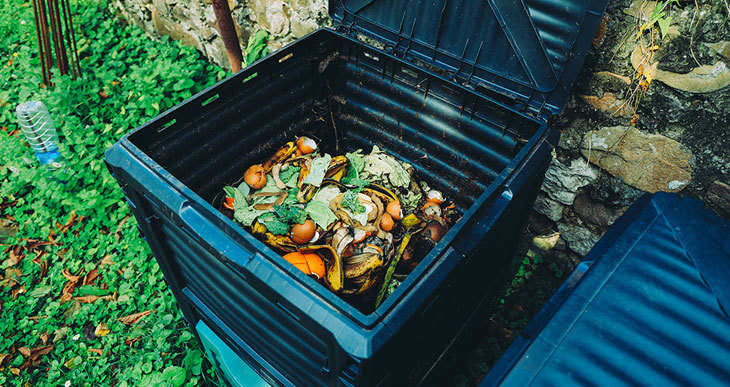 ​If you’re looking to start composting, one of the most important things to know is how to layer a compost bin. “Layering” is a traditional and dependable method for building compost. It’s like building a “compost sandwich” with varying strata of organic materials. By layering your compost, you’ll create the perfect environment for bacteria and… 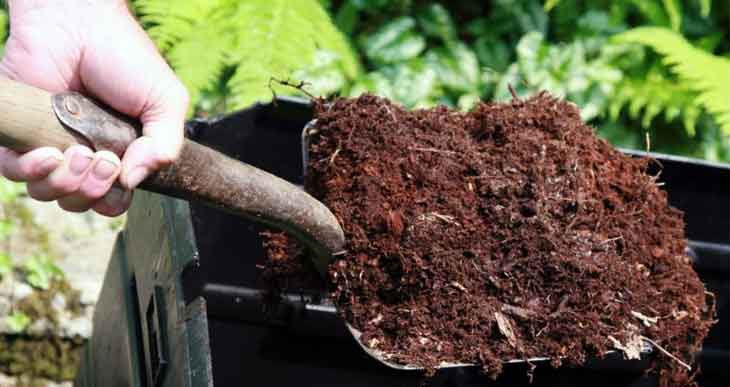 It’s time! Your compost is finally ready.  But just because your compost is good to go doesn’t mean it’s the perfect moment to add it to your garden.  You’ll get better results from your compost if you wait till the time’s right to use it. Coming up: Your schedule for the top times to add… 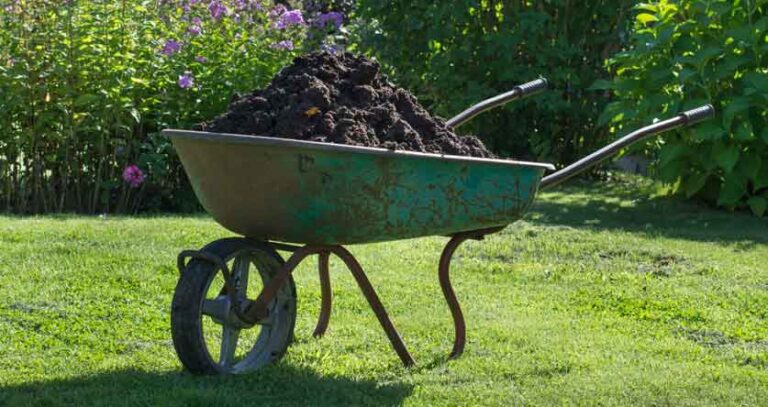 Is your garden lawn looking frazzled? Want to make it your garden’s main attraction instead of the blemish it is now?  You don’t need powerful potions and powders. Instead, go back to basics and try something that’s been enhancing lawns for years and years: adding compost! Compost isn’t a cutting-edge treatment, but it’s enough to… 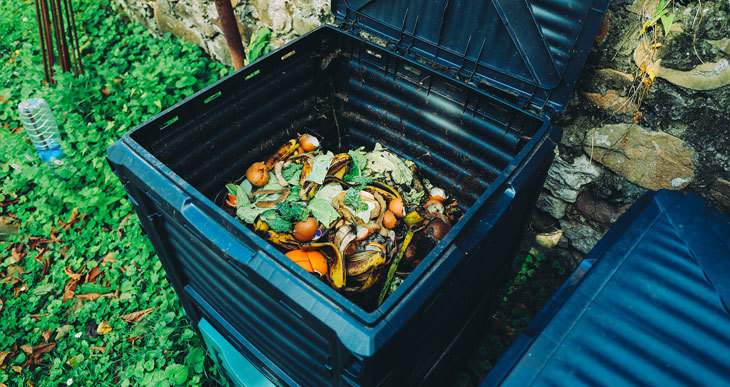 Wait! Don’t chuck that banana peel in the trash; turn it into healthy food for your plants! Almost a third of the things we throw away are compostable, so setting up a compost bin is an excellent way to live greener. To get you started, here’s a beginner’s step-by-step guide to using a compost bin…. 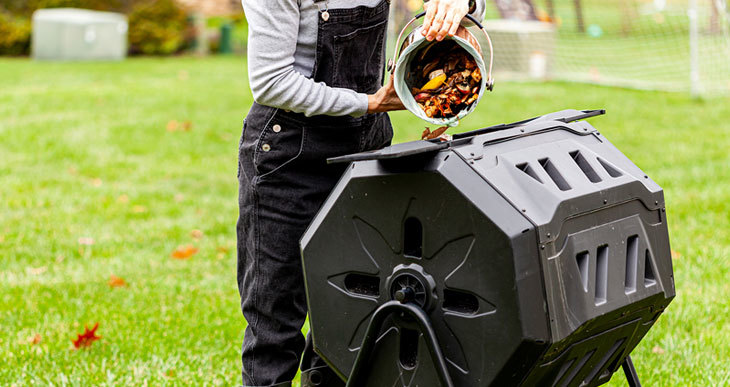 Compost tumblers are a fairly recent invention. However, they’re marketed as easy to use and capable of making compost faster. And it’s true… They are an elegant solution for most backyard composters looking to convert organic waste into a valuable soil amendment. But how do compost tumblers actually work, and do they really compost faster…