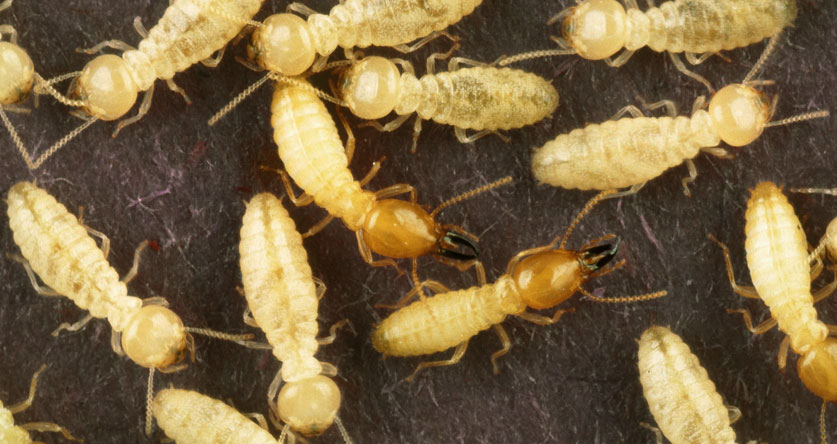 Your garden is filled with critters, large and small.

Some are beneficial to the soil and the plants.

Others cause problems for gardeners trying to grow certain things.

But where do Springtails fit into this equation? Are they good or bad to have in your soil?

Here’s the low-down of what you can expect if you find these creatures in your soil.

Are Springtails In Soil Good Or Bad?

Springtails in soil are good because they help keep a well-balanced soil biome. Some Springtails feed on microbes, keeping their numbers in check. In contrast, other Springtails break down organic matter in the soil, making nutrients available to plants. However, large numbers of Springtails can be problematic.

Springtails are fascinating tiny creatures that are not considered part of the insect family, even though they have six legs!

Various types of Springtails range in size from 0.098-inches (2.5mm) to 0.24-inches (6mm) long. In addition, they range in color from bright hues such as blue, pink, or red to darker colors such as brown or black.

They prefer moist environments, which is why they are often found in compost or the upper humus-rich layer in the soil.

Are Springtails Good For Living Soil?

Springtails are a good sign for living soil because they play an essential role in the cycle of life in the soil biome.

The different types of Springtails perform diverse functions within this microcosm. Some are predators and others contribute to the recycling of organic material in the soil, providing ecological balance.

How Do Springtails Help The Soil?

Springtails help the soil in a variety of ways. The predatory Springtails add value by keeping other soil microbes under control. This prevents them from creating an imbalance in the ground.

The other types of Springtails are detritus and herbivorous feeders, meaning they feed on decaying organic matter, fungal spores, and other plant material.

The non-predatory Springtails assist in the breakdown of compost and decaying organic matter. This speeds up the decomposition process. This action also increases the nutrients available to smaller microbes and fungi. These are responsible for the further breakdown of the organic matter.

This also means more nutrient availability for your plants!

Are Springtails Harmful To Plants?

The predatory Springtails pose no threat to plants and function to maintain a balance of other microorganisms in the soil.

Most other species are not harmful to plants and provide benefits rather than threats to well-established plants.

One species of Springtail, the Protaphorura fimata, is known to attack and feast on germinating lettuce seeds. This particular Springtail species is only 0.1-inches or 2.5mm long and has an opaque white color. It has no eyes and lacks the typical jumping organ found in other Springtail species.

The Protaphorura fimata still provides soil benefits in the same way that other Springtails do but poses a threat to gardeners trying to germinate lettuce seeds in the soil.

Are Springtails Good For Plants?

Most Springtails benefit the garden and improve the soil by providing an essential role in the microcosm of the soil biome.

As we have already mentioned, one species of Springtail likes to feed on germinating lettuce seeds, but this is the only downside to this little creature in your garden.

Should I Get Rid Of Springtails?

As with all soil ingredients, too much of a good thing can be harmful; the same applies to Springtails. For example, suppose the Springtail population gets out of control in your soil environment. In that case, it can overwhelm the other beneficial microbes.

However, Springtails are generally an advantage for the soil, and you would be doing your garden a disservice were you to get rid of all the springtails.

It would be best if you only considered controlling the numbers of springtails in the soil when you see their numbers increasing beyond normal. You can tell this when you see them gathering in clumps.

If the Springtails start to proliferate in your garden, they can also migrate indoors to your potted plants. While they are not detrimental to the plants, they can become a nuisance in your home.

How To Get Rid Of Springtails In Soil

One good way to get rid of Springtails or reduce their population is to use an organic pesticide. One of the best products for this is Neem oil, (Amazon) which contains high levels of Azadirachtin. This helps control the Springtails via starvations and growth disruption rather than a toxin.

The concentration levels of Azadirachtin are much higher in cold-pressed Neem oil than in oil that has undergone processes involving high heat.

Neem oil is recognized as an organic method of insect control, including Springtails, compared to other pesticides that use harsh chemicals.

The Neem oil can be diluted according to instructions on the container and sprayed under leaf litter or mulch to control the Springtail population.

How To Get Rid Of Springtails In Soil Naturally

Suppose you prefer to use natural methods to control Springtail numbers. In that case, there are several tactics you can use to combat the invasion!

The best Springtail control tactic to use is to not overwater your plants. This will not only be good for your plants but will make the environment distasteful to Springtails, especially for breeding. Most of the critters will move on to a more accommodating environment.

You can reduce the watering frequency for your plants or only water them when the upper layers of the soil have become dry. As the soil dries, it will encourage the Springtails to relocate.

Another method is to turn your mulch regularly. Hence, the underside becomes exposed, reducing dampness between the mulch and the soil surface. Springtails thrive at the damp bottom layers of mulch, and turning the mulch disturbs their eggs and nymphs, exposing them to dry conditions where they will die.

This will reduce their numbers but only partially eliminate them, which is almost impossible to achieve. Getting rid of Springtails should not be your goal anyway, considering the benefits they offer to your soil and plants. Controlling their numbers is preferable to complete eradication.

Springtails are generally helpful in the soil unless their numbers increase to the point where they reach pest status. Even in these numbers, they seldom cause plants to die, but they can affect the overall health of the soil and the plants.

It is good to have a controlled number of Springtails in your soil and compost because they assist in breaking down organic material and making nutrients available to your plants. 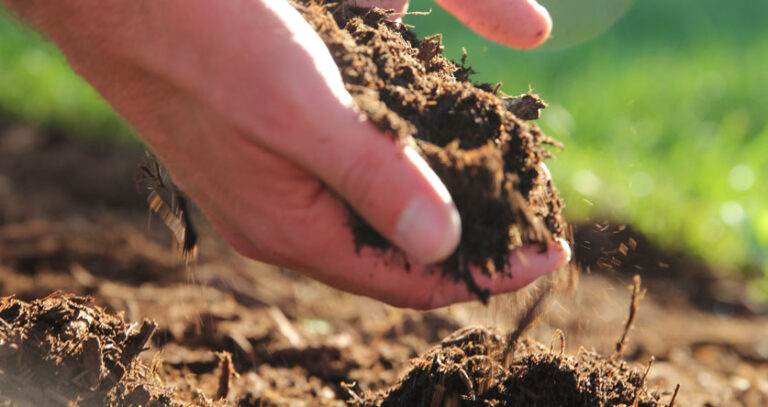 Plants live and grow in topsoil, so their health depends on this soil layer.  The problem is that not all topsoil is the same, and some types don’t give plants what they need to thrive.  No matter the condition of your topsoil, you can create a foundation for a lush garden and lawn.  In this…

Muddy soil looks terrible. But it can also impact how well plants will grow in the ground.  If you have this problem in your garden, you’re probably wondering if there’s a way to amend this soggy situation! So how do you firm up swampy ground and improve its growth potential?  In the article below, I… 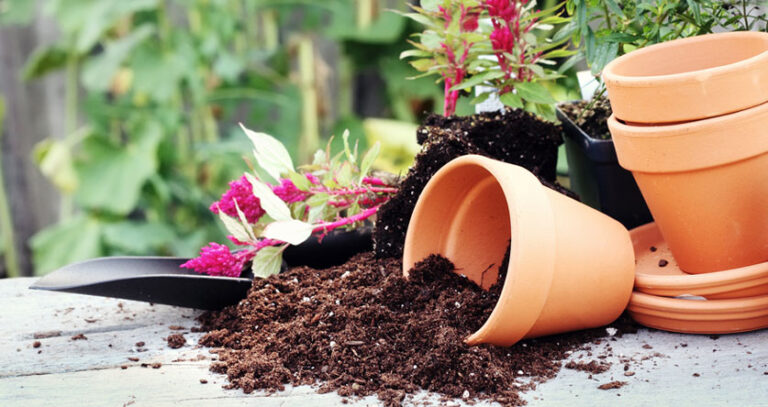 You suspect something is wrong. That bag of potting soil doesn’t look like it did when you bought it. Or is it just your overactive imagination? Surely it gets better with age. Or is there the possibility that potting mix can go bad and no longer provide any benefit to your plants?Or even worse! It…

I was at a garden brunch recently. As I was about to bite into a smoked salmon blini, my host suddenly apologized for a bare patch of soil close to where we were sitting. He lamented that he couldn’t get anything to grow there, no matter how many plants he tried.  Perhaps you have a… 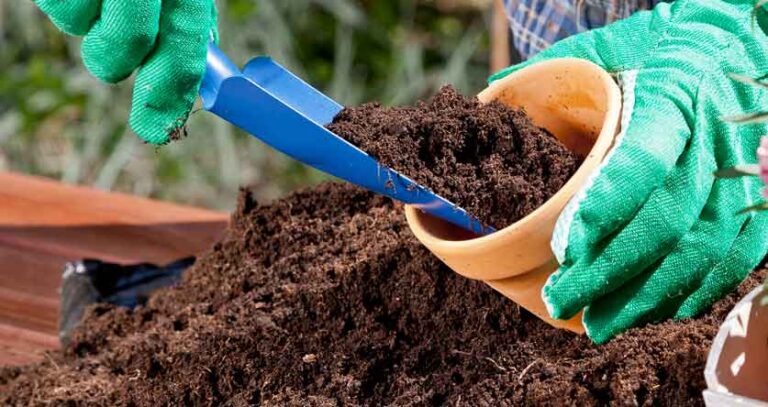 I always end up with too much potting soil! I guess I like to have more of the stuff on hand, so I don’t need to return to the nursery and buy more… But this leads to the thorny question of how to store potting mix properly. Can you just leave it and forget it?…