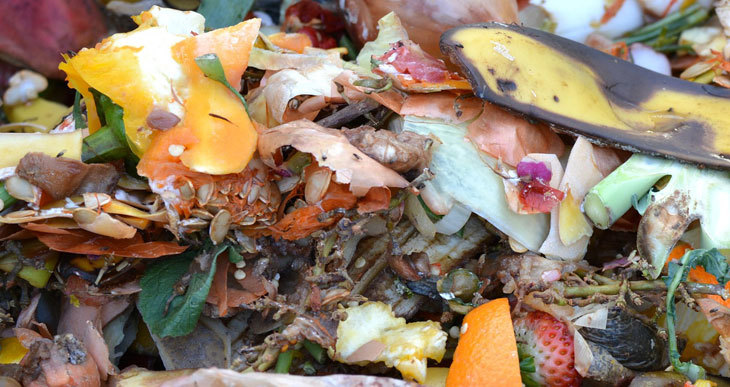 Most gardeners are in a hurry to reap the rewards of their composting efforts.

And it’s understandable that from time to time, we get impatient!

You might have started your compost heap hoping to have an endless supply of soil amendment for your plants. But for whatever reason, your pile looks nothing like the black gold you had in mind.

So now you’re tired of waiting and want to know if you can get away with using your compost before it’s finished?

Keep reading for the lowdown on unfinished compost’s risks and rewards for your garden.

What To Do With Unfinished Compost

So there are a few possibilities for using immature compost in your garden.

But a word of warning!

You should use unfinished compost carefully and in only a few specific circumstances.

Also, it depends on how immature your compost really is. Sometimes using compost that hasn’t adequately matured can harm your gardening efforts.

So how do you know if your compost is still immature?

What Is Unfinished Compost?

Unfinished compost is organic waste that has not been sufficiently decomposed. If you can recognize some of the materials used to make the compost, it is immature. Because unfinished compost is still rotting, it is much warmer than the surrounding air. It also does not have a crumbly texture and might smell moldy.

Compost goes through different phases of decomposition. In general, it reaches the maturation stage after 16 days and then slowly breaks down. It can take at least another 20 days to mature using a fast method or a few months if your methods are slower. During this period, the compost stabilizes until it’s ready for plant use.

Suppose the hardworking bacteria, fungi, and insects in your compost haven’t had enough time to break down all the kitchen scraps and garden waste in your bin. In that case, it results in “intermediate” compost.

Unfinished compost looks like a mixture of organic materials containing bits and pieces you can still recognize. When you check your heap, if you spot a few vegetable peels and leaves, then you’re looking at unfinished compost.

You can also tell unfinished compost by how it smells and feels. If your pile pongs (sniff around for traces of ammonia or sour odors), it’s not ready yet. Another clue your compost needs more time to decompose is if its center is warm.

Here’s a comparison of the differences between unfinished and finished compost:

Keep in mind, when decomposed, compost becomes more compact (that is, denser) than the materials it was made from.

Unlike mature compost, unfinished compost has limited uses. Though it’s not entirely worthless. You can use immature compost in a few ways, but you also need to understand the potential side effects.

Adding unfinished compost to your garden can sometimes do more harm than good. From using it as mulch to brewing it into compost tea, there are several dos and don’ts of using partially-cooked compost in the garden.

Putting Unfinished Compost In The Garden

Before you start spreading immature compost haphazardly around the yard, you need to keep in mind some precautions. The potential problems with unfinished compost stem from the chemical makeup of partially decomposed organic matter.

The things you should be aware of include:

Immature compost generally has a low pH which can adversely affect alkaline-loving plants.

Compost that’s still being broken down can have a pH as low as 5.5.

As the compost decays, its pH rises, ultimately getting close to neutral (generally between 6 and 8) in finished compost. A neutral pH (that’s 7) makes most plants happy, but some plants thrive in a slightly more acidic or alkaline environment.

This is one of the reasons using partially mature compost can be problematic.

Is Unfinished Compost Acidic Or Alkaline?

At the beginning stages of decay, compost is acidic. The acidic environment is essential early on. It helps fungi thrive and makes it easier for microorganisms to break down plants’ tough bits. As compost matures, it gets closer to a neutral or alkaline pH.

Unfinished compost is unstable, which means it is still in the process of decomposition. Composting microbes break down the carbon-rich ingredients in compost (twigs, dead leaves, etc.) To do this, they use any source of nitrogen they can find.

When you bury partially decomposed compost, those microbes won’t hesitate to extract nitrogen directly from the soil, making the nitrogen unavailable for plants. This can lead to a situation known as “nitrogen immobilization” or “nitrogen lock-up.”

For this reason, it is unwise to dig immature compost into garden beds that have growing plants.

The buried compost will eventually mature, at which stage the nitrogen-rich contents of the compost become available again for plants.

I’ll explain below how to correctly use a “trench composting“ method for burying unfinished compost.

Rotting organic matter can include certain pathogens which are bad for plant health. These can consist of plant diseases that would potentially harm your plants.

If the compost hasn’t had time to mature or go through a heated phase of decomposition, it can still contain pathogens.

This is why gardeners generally avoid using unfinished compost near plants, especially food crops. Don’t ​use this kind of compost for vegetable gardens.

When compost is fresh, it produces certain by-products thanks to the degradation process.

Ammonia-type acids can be toxic for specific plants.

Can Unfinished Compost Be Used As Mulch?

As a protective surface layer, the compost helps plants keep the soil moist and weed-free. It also feeds the plants nutrients as it decomposes.

And because the compost is kept away from plants’ roots, composting microorganisms aren’t given a chance to gobble up the nitrogen and oxygen the plants need.

Can I Bury Unfinished Compost?

Burying organic waste is a popular, no-fuss composting method known as trench composting. This method can use fresh organic materials and also works with partially finished compost. This technique is efficient if you follow certain rules.

So if you don’t know what to do with a growing heap of partially decayed compost, hide it underground!

Just dig an elongated hole (about 12–18 inches deep), drop dampened organic waste inside, and cover the waste with soil. This method works best for decomposing one compost heap at a time, so don’t keep unearthing the pile to add more.

Remember to mark where you dig the holes to let the organic matter decompose in peace.

However, remember to pick a spot for burying your compost that’s away from existing plant roots. Also, consider which area you’d like to enrich for future planting.

Can I Plant In Unfinished Compost?

Instead of gloriously healthy veggies and shrubs, you’ll end up with sad-looking plants that are struggling to survive.

And you should definitely avoid using immature compost anywhere near food crops.

Sifting Unfinished Compost Before Use

The answer is to sift your compost so you can remove any large materials, then restart a pile with the small partially-composted matter. You can also shred the large materials you recovered by sieving and add them back to the pile.

Small is always best! This is why a shredder like this one is a composter’s best friend! (Amazon)

Can I Make Compost Tea With Unfinished Compost?

You should only make compost tea from fully finished compost. By using immature compost, you risk adding pathogens to the tea mixture, harming your plants.

This is one of the reasons why some people run a hot composting method to quickly produce finished compost and get liquid feed to boost their plants. The hot process will also destroy harmful bacteria.

Brew only the finest, sweetly scented finished compost for your garden’s tea party.

When unfinished compost is added to garden beds, the microorganisms take all the nitrogen and oxygen they need from the soil (nitrogen immobilization), leaving too little behind for plants. Starved of these essentials, the plants become sickly and might even die.

Unfinished compost can also harm plants by introducing harmful acids and compounds into the soil.

Plus, scattering unfinished compost around your garden might attract pests like rodents while also potentially spreading an unpleasant whiff from your rosebushes to your gardenia shrubs!

Should I Use Compost Before It’s Ready?

As impatient as you feel waiting for your black gold to form, stop yourself from using unfinished compost for anything other than mulching, trench composting, and activating a new batch. Digging unfinished compost into your soil will not only waste potentially nourishing compost, but it will also harm your plants.

Don’t have plants that need mulching? Have no space in your garden for burying compost? You’re in luck! There’s one more thing you can do with unfinished compost: store it!

How Do I Store Unfinished Compost?

After your compost has been decomposing for a while, lump it into a separate bin or heap to store. Don’t add new organic waste to this batch. Instead, start a new batch.

By not adding anything new to the stored pile, you’ll give it a chance to decompose fully and cure. During the curing phase, which can last anything from a month to a year, earthworms and other insects make the finishing touches to get the compost ready for your garden.

You can’t just leave the insects to do their thing while you relax, though. For quicker results, turn and water the pile regularly to keep the decomposing going smoothly until the transformation from organic waste to black gold is complete. 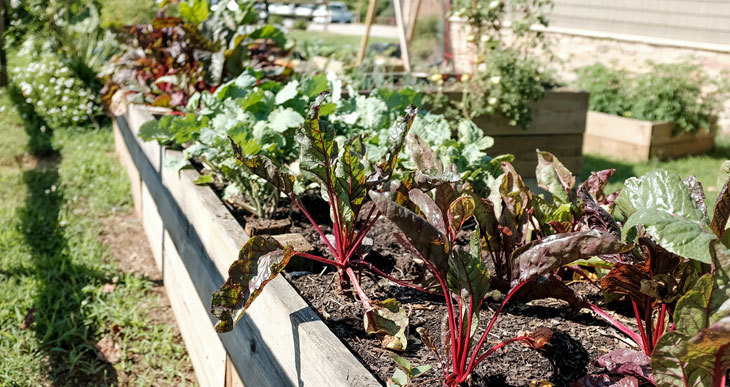 Nothing compares to the taste, wholesomeness, and satisfaction of eating food you have grown yourself.  And any seasoned green thumb will tell you the secret to a flourishing and bountiful vegetable garden relies on one thing… Compost! Composting for your vegetable garden is an excellent way to improve your crop’s resilience and yield. But what… 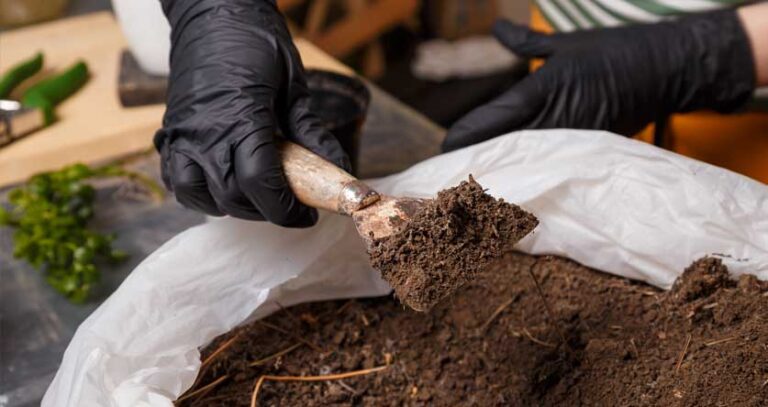 We all know about the beautiful benefits of using compost in the garden. It improves soil health and helps plants grow. But what about plants in an indoor garden? Can you use compost on houseplants? Compost is a fantastic, versatile organic soil amendment that can be used for indoor and outdoor plants. It won’t bring… 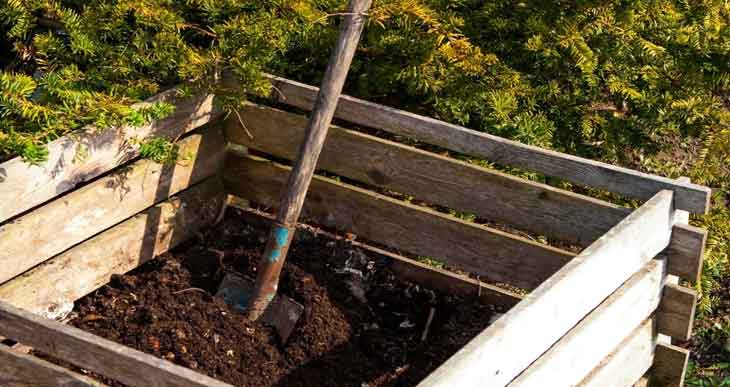 Compost is a valuable resource for any gardener. However, compost does not have an infinite shelf-life. At some point, it will lose its value. And that’s a shame because you put a lot of effort into making that compost! Or maybe it costs you a good deal of money to buy store-bought compost. So, how… 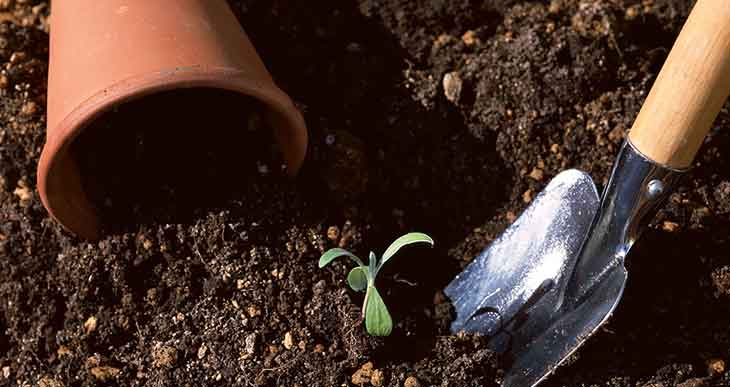 I understand… It’s a pity to waste things! At the end of the growing season, you have containers filled with used compost or leftover compost you didn’t get around to exploiting. And what about those last few scoops of compost that seem to have lost their vigor? Can you still use them, or are they… 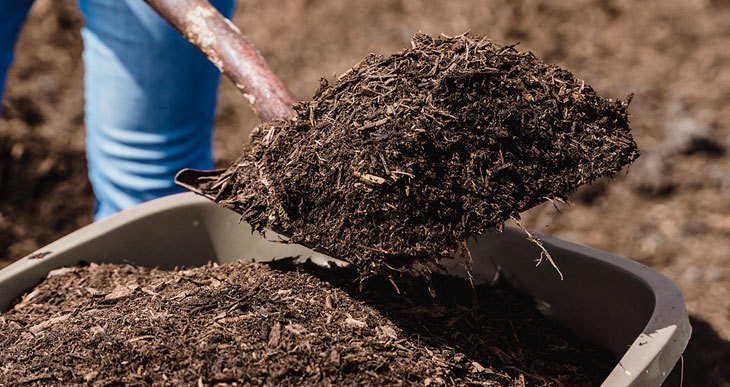 Clay soil can be a challenge for gardeners. I’ve lost my boot more than once in clay soil! But with the correct compost and amendments, you can make it work for you. If you live in an area with inferior soil quality, you may have to amend it heavily to get your plants to grow….

Roses are among the most beautiful garden flowers and one of the most frequent plants that gardeners have difficulty growing successfully.  Rose flowers may be attractive and enhance your garden’s beauty, but it costs the plant resources to produce the flowers.  Adding the right compost to your roses can facilitate good blooms, but your roses…