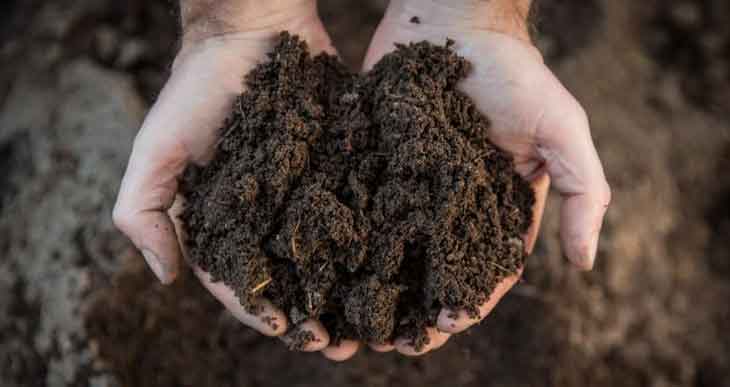 There seems to be some confusion in the gardening world between “compost” and “humus.”

These two terms are used very casually, making some people think that “compost” and “humus” and even “soil” are basically the same kind of thing.

And many garden centers also sell something called “Humus compost.” But what exactly are you getting, and how is this stuff different from other types of compost?

There’s a fundamental difference between these things that is essential to understand.

This article explains everything you need to know about humus vs. compost.

So next time you visit the garden center, you won’t get “led up the garden path”!

What is humus compost?

Humus compost is a mature soil amendment rich in rotted organic matter. It has a dark brown color and a very fine particle size, with a neutral smell.

You’re probably thinking, “OK… great,” but how does it differ from other types of compost? Isn’t compost the same as humus anyway?

Humus compost is a type of compost that has a higher humus content than, for example, partially rotted compost.

To understand what humus compost is (or should be), you need to have a good grasp of these two things independently:

Just to make things even more confusing, did you know that the word “humus” is Latin for “soil”? We now know that that isn’t a good description…

Let’s take a closer look at each of these things…

When the organic matter has almost completely decomposed, it becomes a stable material called humus. But waste materials that are still actively decomposing are called compost.

So humus is not compost, but the organic components of compost become humus.

Why is humus compost important?

Soil is made up of both mineral and organic matter.

For example, forest soil is rich in organic matter. But most garden soils are more mineral and have fewer organic particles. The soil in your backyard might be heavy with clay or extremely sandy.

But it’s not very organic.

What is the difference between compost and humus?

Compost is rich in organic materials that are in the process of decay. Humus is the end product of composting after all the organic matter has decomposed. However, compost continues to contribute valuable properties to soil even after it has completely rotted away, thanks to the remaining humus.

The main benefit of compost is that it’s very rich in organic matter. Precisely the kind of thing most garden soil is missing.

Both humus and compost are beneficial to soil in several ways. Here’s a quick list of some of the benefits:

As you can see, compost and the humus contained or produced by compost have extraordinary properties that are highly beneficial to soil and plant health.

These helpful properties stem from the fact that they are organic substances (not mineral). Organic matter is food for other living organisms. Soil with little organic content has meager soil life, which is not good for your plants.

Humus is sometimes called the “life-force” of soil.

The main difference between compost and humus is that compost has a relatively coarse structure and fresh organic materials that haven’t finished rotting. The process of making humus is ongoing within the compost. As the compost continues to break down, it eventually becomes stable humus.

Since both of these organic soil amendments (humus and compost) provide valuable characteristics, it’s understandable that some gardeners want “humus compost” for their gardens.

After all, humus-rich soils help plants reach their full potential.

Humus compost is a type of “humus-rich compost” containing a significant amount of humus.

At least that’s what the manufacturers will tell you. So be careful what you buy. It should be dark brown and granular with a pleasant neutral smell.

A few gardeners say you can test for humus content by putting some compost in a mason jar filled with water. Shake up the contents so they mix together, then let it settle for 5-10 minutes. The fine particles of humus should remain in suspension in the top half of the jar, making it look like muddy water. If the water looks clear, humus content is low.

Commercially made humus compost is manufactured using good standards of composting. They keep the piles at a hot temperature, turning at just the right moment and adding moisture so that microbial activity is at its best. As a result, the organic ingredients (such as straw and manure) break down into fine, dark brown compost that is mature and closer to “humus” than most other types of soil amendment.

Controlling and speeding up the decomposition rate in this way helps the composition of humus.

The term “Humus compost” is also used to describe natural mature compost that has been extracted from woodland and forest floors. The quality of a product like this is more random.

You can also make your own humus compost if you carefully control the process. For example, wholly finished and mature compost made from yard waste will contain a high humus level.

Which is better: humus or compost?

Neither humus nor compost is better than the other. However, both contribute essential benefits for healthy plant and soil life.

I don’t think you need to privilege one substance over the other. On the contrary, combining both will probably create the best results.

How are humus and compost similar?

Humus and compost have similar beneficial effects. For a start, they both add structure to poor soil and help water retention and drainage. Each can break up compacted soils like clay and bind sandy soil.

Good humus content creates soil capable of holding on to rainwater enough to retain moisture for plant uptake. Still, it also holds that moisture loosely enough to avoid flooding. And the rougher texture of compost acts similarly by creating openings for better drainage and root growth.

The organic ingredients in compost provide food for soil life and promote nutrient availability. And the nutrient stocking capabilities of humus mean that nutrients remain available. So even after rainfall, the nutrients won’t leach away so easily.

There you have it! Now you know a great deal about humus and compost. You can go share your findings with your gardening buddies 🙂

Is humus the same as compost?

Humus is not the same thing as compost. Still, the organic ingredients in compost are transformed into “humic substances” near the end of the decomposition process.

Mature compost contains humus, but immature compost does not. Organic materials need to decompose sufficiently to form humus. The process is sometimes referred to as “humification.”

What compost is rich in humus?

Mature, stable compost that has been well-rotted contains a good amount of humus. This can be entirely finished homemade compost or a commercially bought humus-rich soil amendment.

It’s easy to get confused! The stuff you put in your compost heap eventually turns into something that closely resembles good earthy soil. But is it? Granted, it certainly looks very similar. But there are some essential things to understand about the transformation process that we call “decomposition” and the end product called “compost.” And… 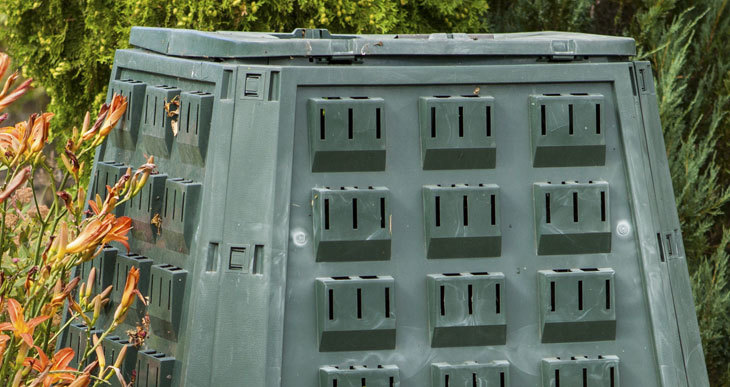 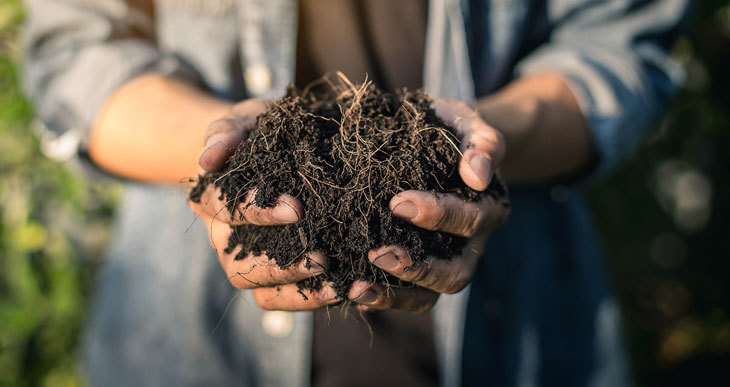 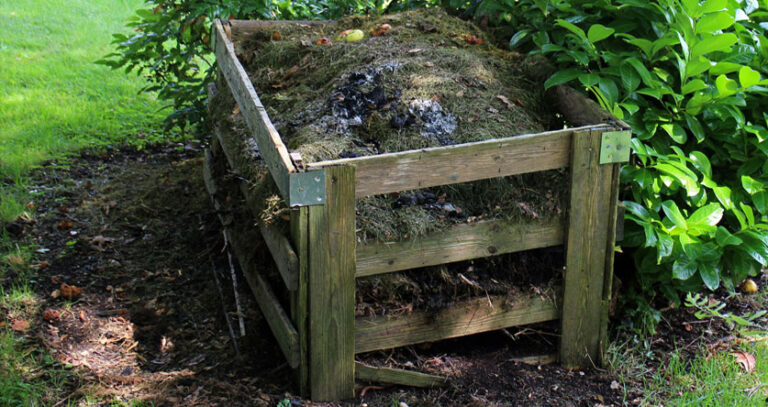 I remember the first time I checked my outdoor compost after a thundershower. I noticed a brown liquid seeping from the bottom of my bin. Aha! That must be the compost tea I keep hearing marvelous things about! I thought excitedly.  Now that I’ve been composting for years, I know the liquid wasn’t compost tea. … 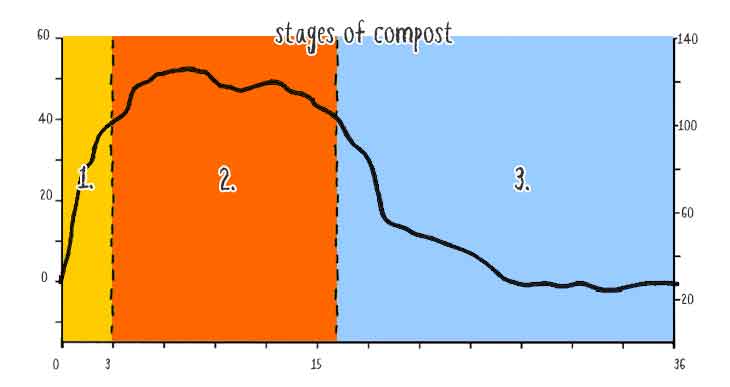 Unfortunately, you can’t just whip up some compost whenever your garden looks out of sorts.  Even in a world where you can get almost anything you want fast (pizza in 15 minutes, anyone?), you still need to wait for decent homemade compost.  There’s a good reason it takes months to make, though. To turn waste… 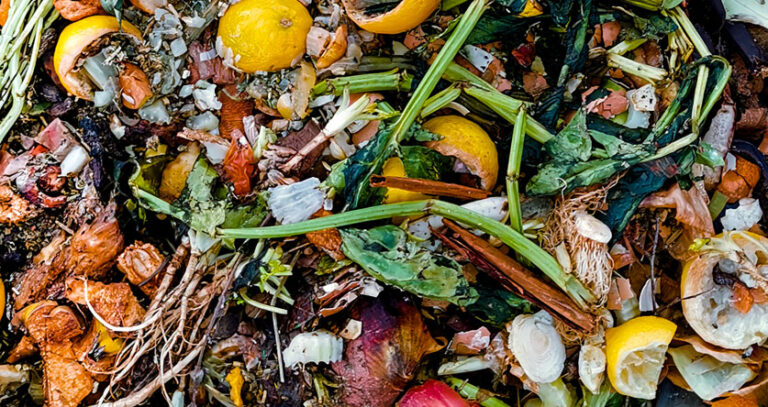